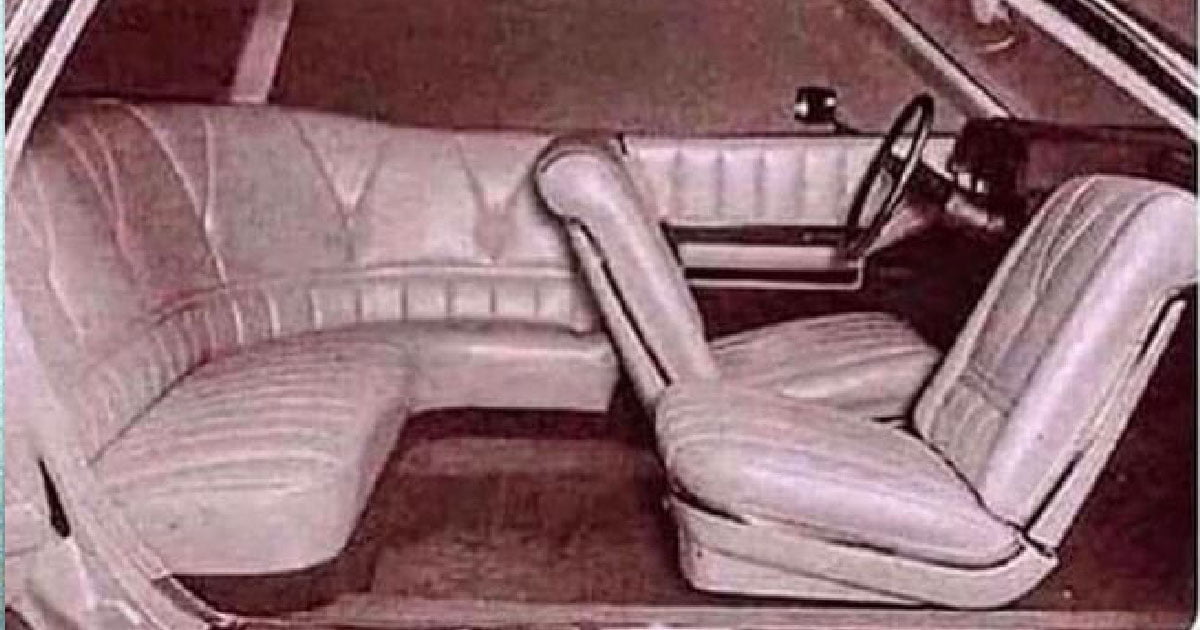 A 1970 Ford Aurora II Country Squire, a woody Ford station wagon with center opening suicide doors and no B pillar on the passenger’s side. With a swiveling front passenger’s seat!

It’s a concept car; they didn’t build it for sale.

The only car of that era with a front seat and back seat that could face each other was the Imperial Crown Coupe with the “mobile director” option. (You can probably find a picture by googling this.) The right front passenger seat could be swiveled around so that it faced the back seat, and there was a little walnut table with a reading lamp that could pop up from the floor. The idea was that an executive could dictate letters and memos to his secretary (remember when people did that?) while he was being driven to his destination. Or, I guess people could use the table to play chess or checkers. They offered this in 1967 and 1968, and didn’t sell many.

How To Make An Old-School Southern Tomato Sandwich

Do You Remember What These Funny-Looking Objects Are?