The ‘Flintstones’ Theme Park Will Take You Back To The ’60s… And Beyond! 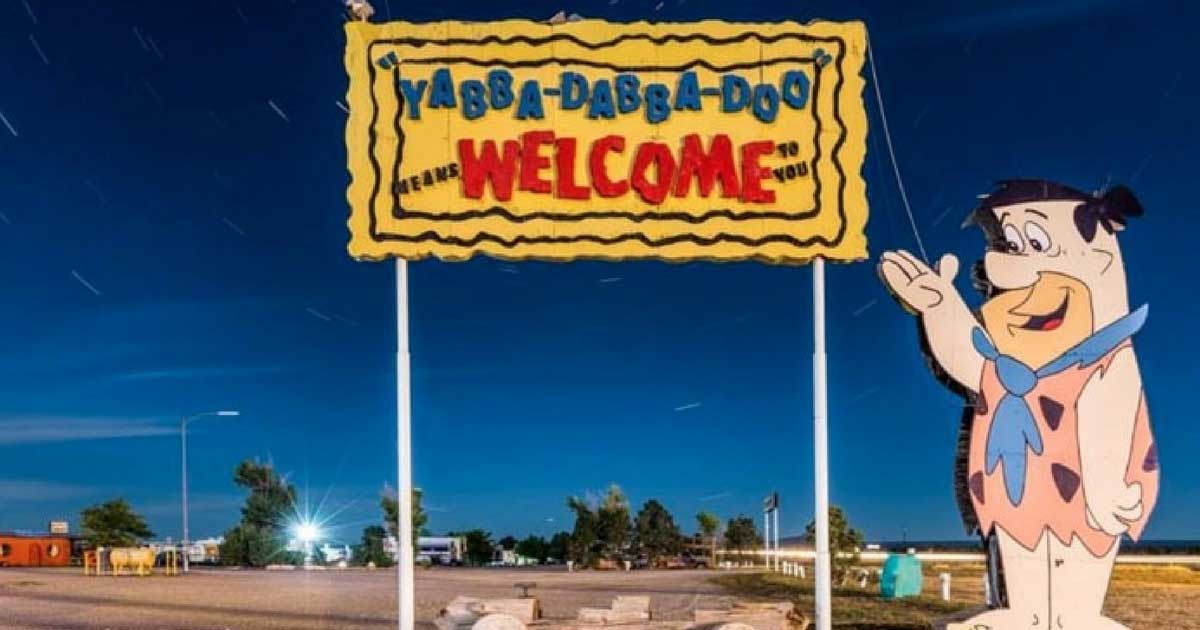 The Flintstones was a super popular ’60s cartoon that continued to air old episodes decades later. You probably remember the adventures of Fred, Wilma, Bamm-Bamm, Barney, and Betty, the Stone Age people who were always getting themselves into some funny situations.

Well, what if we were to tell you that Bedrock still exists? In a little town called Williams, Arizona? “Bedrock City” opened its doors back in 1972 and is still open today, just not as a theme park. Nowadays, the park (which is open 364 days a year) operates as a campground and RV park.

Because of Bedrock City’s remote location, the park lost many of its tourists as the years wore on. So although their employees have long since left, the park’s buildings and other Flintstones-inspired attractions still stand.

You can even pay a visit to Fred and Wilma’s blue stone house!

Yes, you can still walk through each of the houses.

Betty and Barney’s house is still standing, too!

The Fred-mobile is even still parked in the driveway!

And if you’re hungry, don’t forget to grab some cactus juice on special at the local market.

Although you may not see employees dressed up as Flintstones characters (as they were back in the ’70s), you can still tour around this relic of the past. If you’re ever passing through Arizona, why not add this vintage theme park to your list of sights to see? Although it’s rare to see The Flintstones on TV these days, Bedrock City is an awesome tribute to many people’s favorite childhood show.

If you’re thinking of visiting Bedrock City, click here for directions and a map!

How To Make An Old-School Southern Tomato Sandwich

Do You Remember What These Funny-Looking Objects Are?